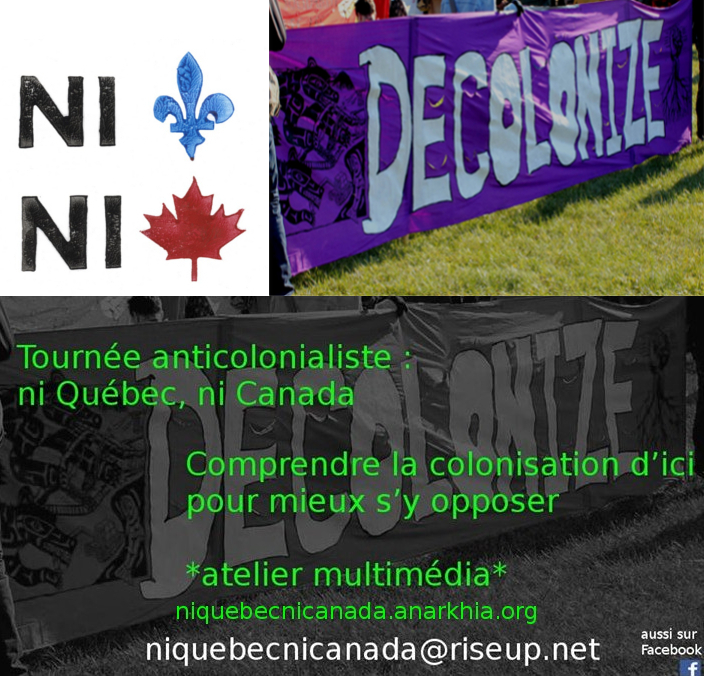 (très venteux/very windy)
Interview with Clifton Ariwakehte Nicholas about the history of colonization in so-called ”Quebec” and in so-called ”Canada” from a Kanien’kehá:ka point of view

Interview with Clifton Ariwakehte Nicholas about the history of colonization in so-called ”Quebec” and in so-called ”Canada” from a Kanien’kehá:ka point of view

END_OF_DOCUMENT_TOKEN_TO_BE_REPLACED

My name is Clifton Arihwakehte Nicholas, I am a Kanienkehaka (Mohawk) from Kanehsatake (Oka).  I was a young man involved in the 1990 Oka Crisis from it’s start and throughout that summer.  The Crisis was a critical point both in my life and in the community of Kanehsatake.  It’s impact is still being felt in Kanehsatake and moreover throughout Indigenous communities and movements in Canada from coast to coast.  An examination and retrospection of those events needs to be told by those intimately involved in that historic summer.  Furthermore a wider perspective as to the impact the crisis had on Indigenous people, movements and the government responses to them in light of the events of 1990 from Idle No More to Elsipogtog.
I’m an emerging documentary filmmaker with two short films, one on the Mik’maq resistance to fracking exploration in Elsipogtog called “Elsipogtog: No Fracking Way!” (23 minutes), and another on the resistance to Canada’s Energy East pipeline project called “Karistatsi Onienre: The Iron Snake” (47 minutes).  Links to these film trailers bellow.

Needs
As a filmmaker I am fiercely independent and need to proceed with this project through crowd sourcing and not through government funding.  With all film work there are a number of costs associated with both pre-production and  production.

My needs include the following:Vehicle and travel.  Part of my production will involve travel by car here in the east and Maritimes.  Also travel by plane to western Canada to conduct interviews.

Equipment.  I have some equipment, however I will need additional camera equipment and hard drives to store footage.  Some equipment will be bought while other items can be rented.

Footage.  There is footage from various news and film agencies that need to have the rights to use their images bought for this project, access to footage can sometimes be expensive.

Living expenses while in production.  During the extensive filming period there will be needs for funds to cover necessities like food and accommodations.

The Impact
I feel it is important to have films like this to use as a tool to teach Indigenous youth and others the history of the struggle that took place in 1990.  This film will be a repository of the stories as told by those who made this history happen.

Challenges
This project is an ambitious one and one that I need to accomplish and there will certainly be many hurdles to cross during this project.  For many years I have wanted to tell this story, it has being a constant struggle to get to this point.

Other Ways You Can Help
If you can’t contribute with funds there is still other ways to help.  Sharing this campaign with friends in your community and people in your social network.  Nia:wenkowa (Thank you) for your support.

END_OF_DOCUMENT_TOKEN_TO_BE_REPLACED 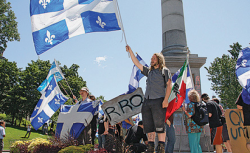